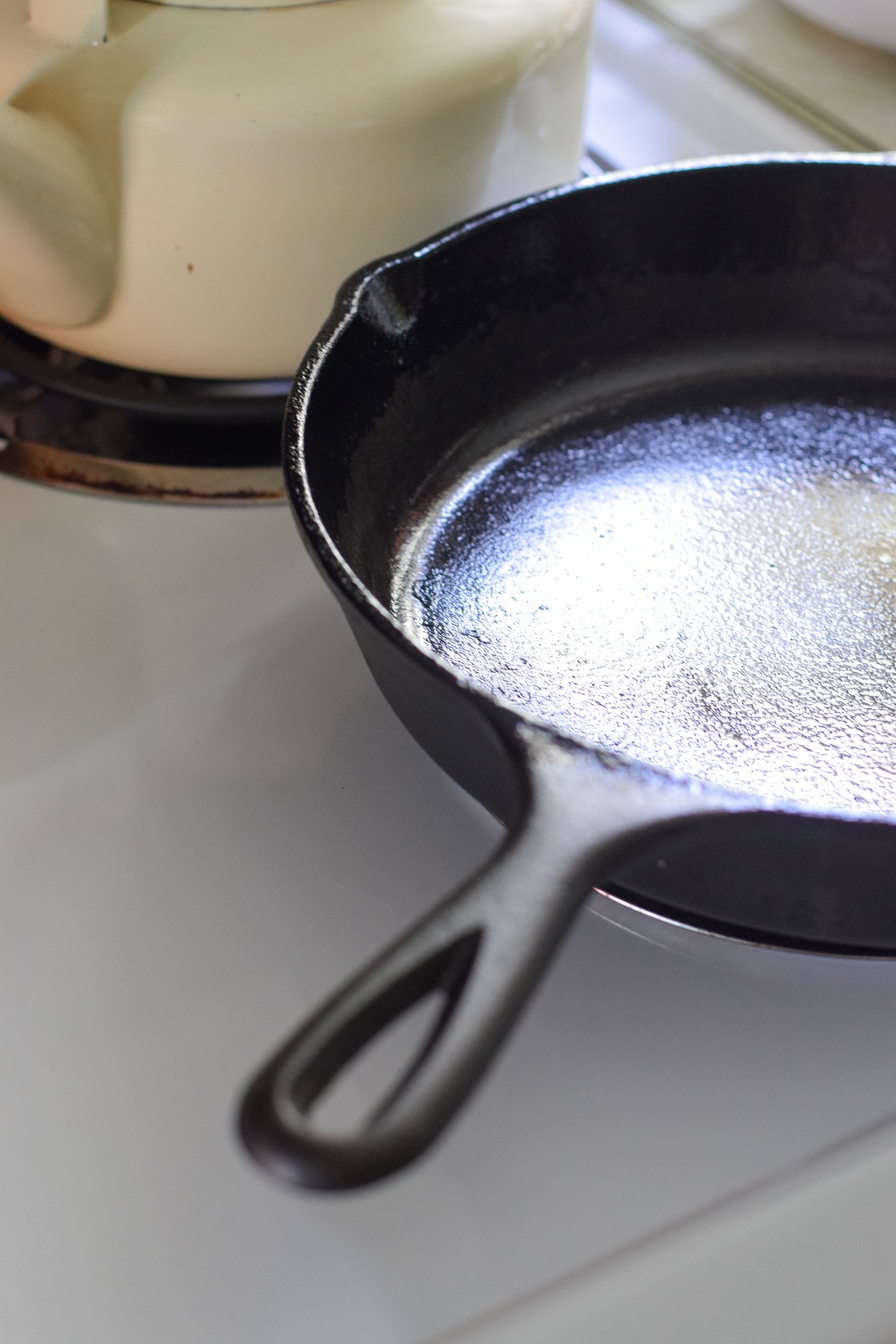 Cast iron is an old fashioned kitchen tool that I implemented into my cooking last year. I’m still new to the whole system, but a year of use will teach you a lot!

I really struggled to get a proper seasoning on my skillet when I first began cooking with it. I made mistakes like layering too much oil on it, scrubbing it with soap, and not placing it upside-down in the oven. All of these errors lead to frustration. Read more about my cast iron mistakes, and how to avoid them, here.

I actually stopped cooking with my cast iron skillet for a period of time because I felt as if I couldn’t figure it all out. I then tried again and found a lot more success this time.

A proper seasoning on a cast iron skillet is essential to successful cooking with this old fashioned tool. Read along if you’d like to read about the basic steps to seasoning cast iron. They aren’t too complicated, but must be done correctly in order to achieve a proper season. You’ll also find a few tips for how to maintain the seasoning once you’ve nailed it.

How to Maintain the Seasoning

3 thoughts on “How to Season Cast Iron”