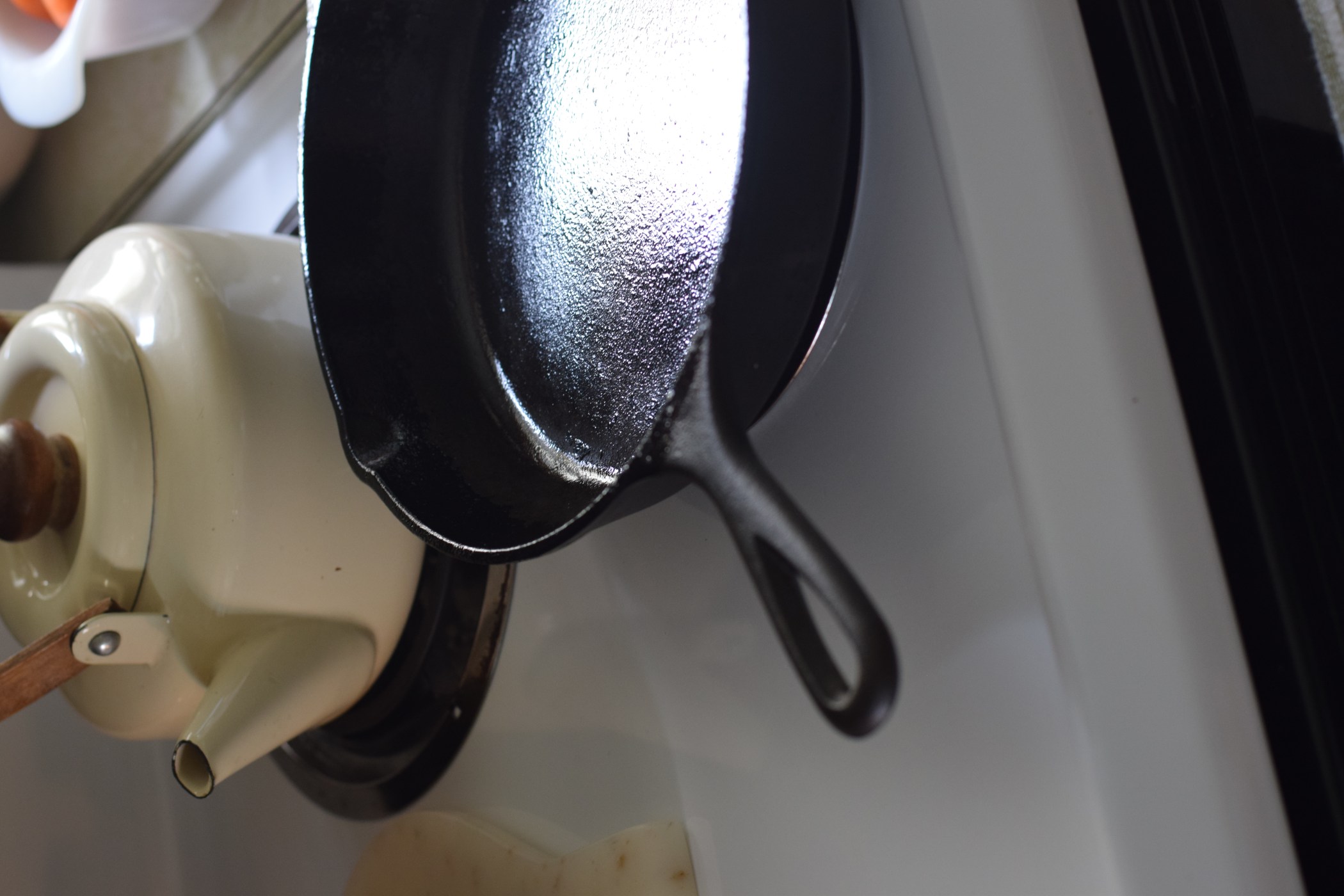 Cast iron is one of my favorite kitchen tools. I’ve learned quite a bit about utilizing this type of metal in cooking as it truly is a new skill to learn as you go.

Many mistakes have been made along my cast iron journey, so I’ve shared them all here: Cast Iron Mistakes to Avoid, as well as Cast Iron Cooking Tips, and The Dos & Don’ts of Cleaning Cast Iron. Hopefully my mistakes can help you gain success as you cook with these old fashioned pans!

Cast iron should go through one seasoning, but that doesn’t mean that more layers shouldn’t continue to be added throughout the years too. Here we’ll discuss the best methods I’ve learned for maintaining the seasoning on cast iron skillets and pans. These tips will aid in your pans remaining non-stick. I’ve also shared more info on how to season cast iron, mistakes to avoid, cooking tips, and the health benefits of this metal.

In order to know how to maintain the seasoning on cast iron, one must first implement the initial seasoning! All it takes is oil, a cast iron pan, and an oven.

Maintaining the Seasoning on Cast Iron