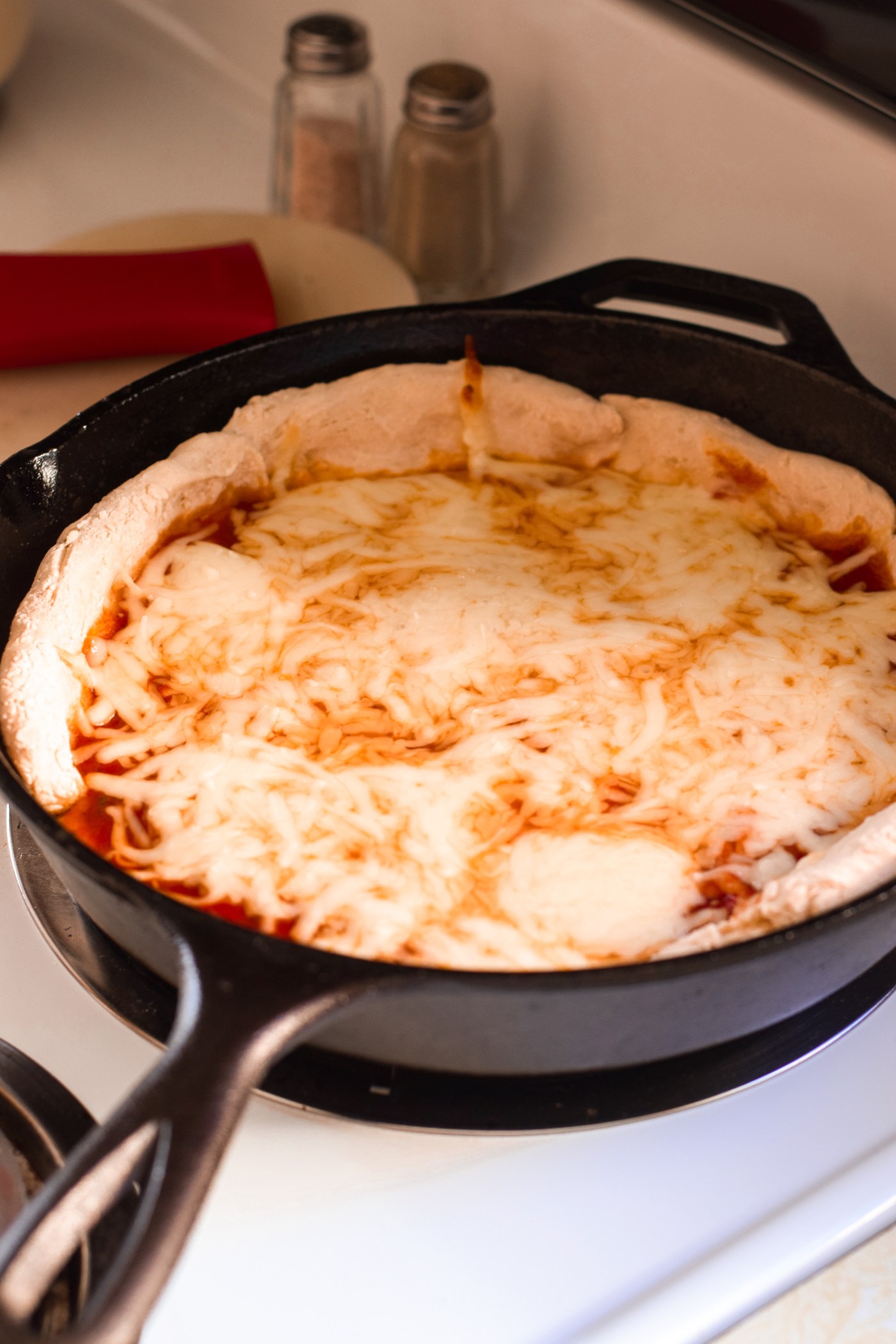 I created a Sourdough Pizza Crust recipe a few months ago and it is our family’s ‘go-to’ for Friday night pizzas! I wanted to give it a try in the cast iron skillet just out of curiosity. The process was just as easy as making a homemade pizza in a regular baking pan or sheet!

Cast iron gives the crust a crisp and nicely flavored crust, bakes it all the way through, and bakes a pizza much faster than any other pan I’ve tried! I hope you’ll give it a go. Oh, here’s a bit more info on getting started with cast iron in case you need it: How to Season Cast Iron, Maintaining Cast Iron Seasoning, The Dos & Don’ts of Cleaning Cast Iron, Cast Iron Mistakes to Avoid, and Cast Iron Cooking Tips.

Continue reading to learn everything you need to know to make pizza in a cast iron skillet. Ingredients, instructions, and additional topping ideas are all listed below. I’ll also give you a few tips that I’ve learned to make this simple recipe easy to make in cast iron…without any sticking! More information on cast iron is listed at the very end of this blog post.

In order to know how to maintain the seasoning on cast iron, one must first implement the initial seasoning! All it takes is oil, a cast iron pan, and an oven.

How to Make Pizza in a Cast Iron Skillet

One thought on “Cast Iron Pizza”