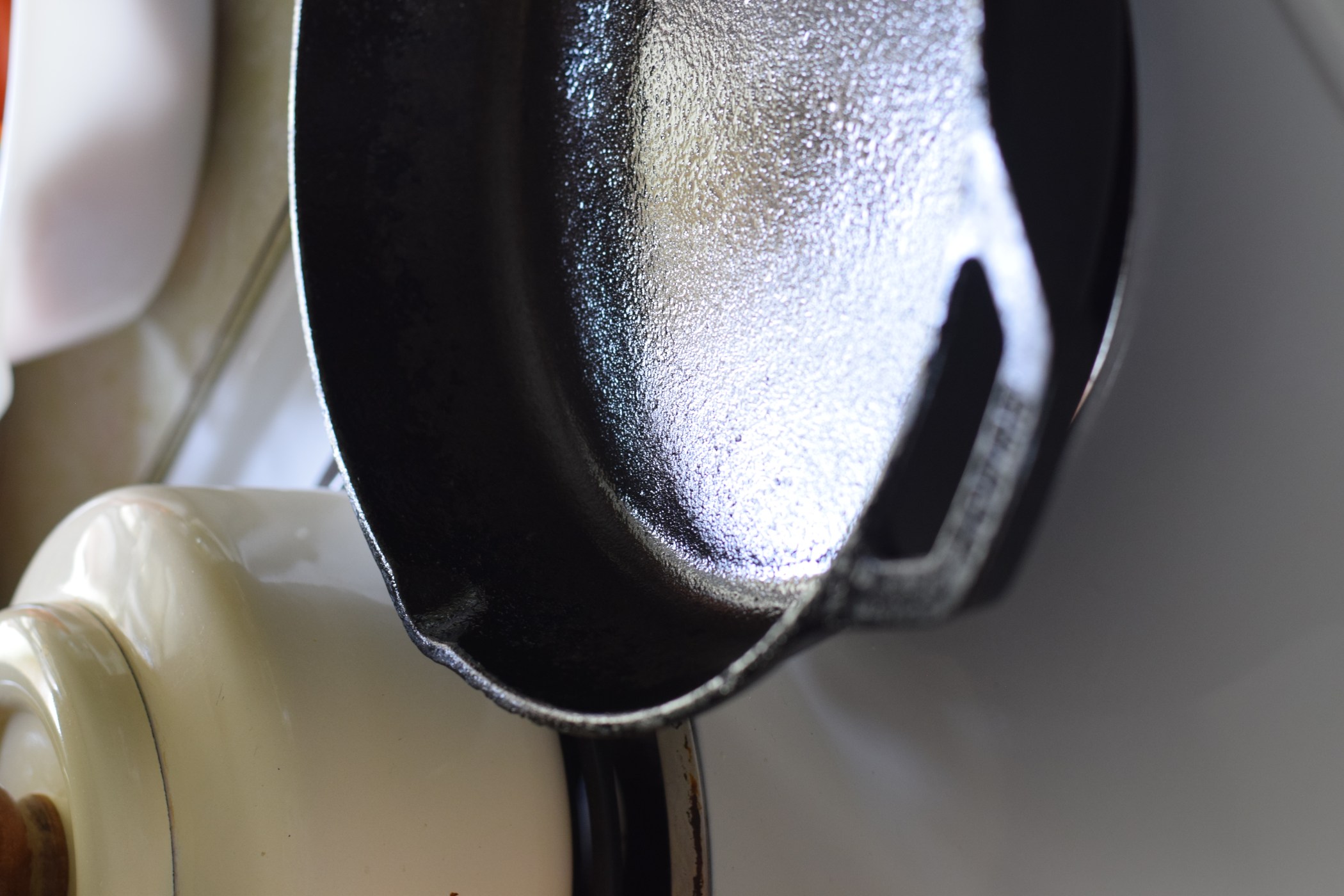 Cast iron skillets are something you see hanging in old antique shops and steakhouses, but no one actually cooks with them anymore, right? Not so! Plenty of individuals still utilize (and prefer) cast iron in their kitchens.

Here on the blog we’ve discussed Cast Iron Cooking Tips, The Dos & Don’ts of Cleaning Cast Iron, How to Season Cast Iron, Cast Iron Mistakes to Avoid, and even a few recipes for baking in these old fashioned skillets. I’ve briefly mentioned that this metal is a safer cooking option than others out there, but now it’s time to take a deeper dive into why cast iron is less toxic for you and your family.

Cast iron skillets are an old fashioned kitchen tool, but more and more people seem to be reverting back to it. This metal is my preference for cooking and baking on because it is much healthier for the food my family eats to be on. Continue reading to discover what exactly makes cast iron a non toxic option and why you should make the switch. I’ve even listed more info about cast iron at the very end of this entry.

The Environmental Working Group (EWG) released a study on non-stick cookware (Teflon). The results of this study showed that cookware reached temperatures that produced toxic particles and fumes that could be potentially dangerous to human health.

This study also showed that these toxins can be released in just 2 to 5 minutes on the stovetop. All that Teflon coating breaks apart under high temperatures and toxins escape into the air and into any food items on the cooking surface.

I even heard a story about a family who kept a pet Canary bird in their home. The mother of this family began cooking on a new ‘non-stick’ (Teflon) pan. Within 5-10 minutes of cooking, the family suddenly realized that little Canary was no longer singing. She had died!

Canary birds have a long history of being taken into mines as a warning sign. If the bird dies, the miners know they need to get above ground quickly because the air has been contaminated. These birds are very susceptible to toxins in the air, and so succumb to them very quickly.

The family of this little pet took her to the vet to find out what exactly had happened. The vet said that cooking with Teflon pans is a common culprit for killing birds. The toxins of these pans releases into the air, the birds breathe them in, and they’re soon gone.

I share all of that to say that it’s enough reason for me to throw out all the Teflon from my kitchen! Why do I want my family breathing in chemicals that can kill small birds? On the other hand, here are 5 health benefits to cast iron:

The Health Benefits of Cast Iron

1. It Increases the Amount of Iron in Your Food.

2. It is Naturally Non-Stick.

No toxic coatings needed here because cast iron remains non-stick after proper seasoning and maintenance! This means you can breathe easy (literally) knowing that no unwanted chemicals are emitted from your cookware into the air or your food.