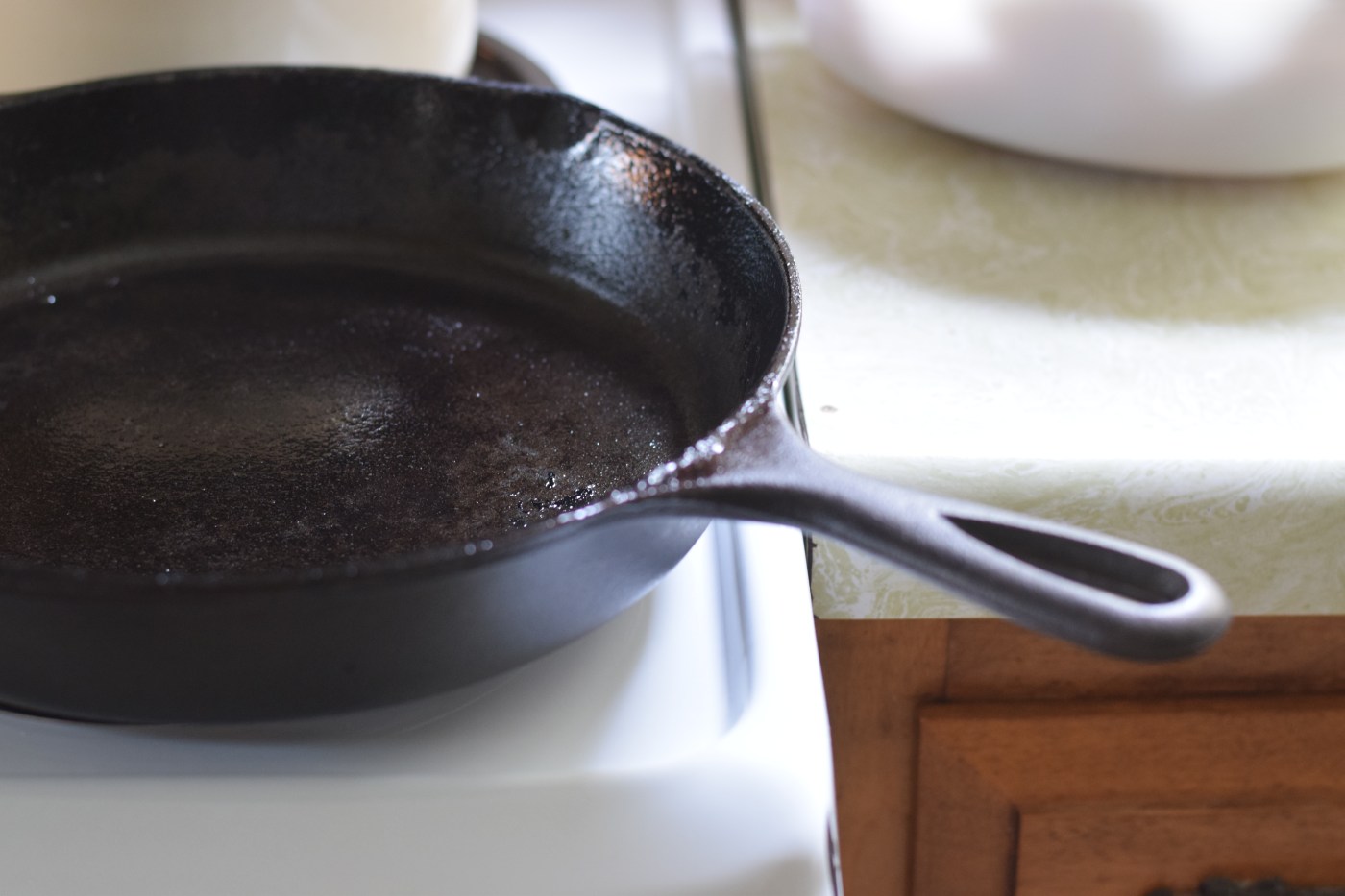 Cast iron is one of my favorite kitchen tools. I’ve learned quite a bit about utilizing this type of metal in cooking as it truly is a skill to learn as you go. One of the keys to success with cast iron is proper storage of the skillets. Problems such as rust and infrequent use often result from poor storage.

But how exactly should one store these durable and old fashioned pans? Let’s dive into what I’ve learned about properly storing cast iron.

Many mistakes have been made along my cast iron journey, so I’ve shared them all here: Cast Iron Mistakes to Avoid, as well as Cast Iron Cooking Tips, and The Dos & Don’ts of Cleaning Cast Iron. Hopefully my mistakes can help you gain success as you cook with these old fashioned pans!

Proper storage of cast iron pans can prevent rust and extend the life of these old fashioned skillets. In this blog post we’ll discuss a few of the tips and ticks I’ve learned about storing cast iron. I’ll hopefully be able to answer a few common questions you may have and even aid in your success with cooking with cast iron.

How to Properly Store Cast Iron

1. Keep in a dry cabinet

Cast iron is much more prone to rusting than any other type of metal. While rusting can be corrected and won’t completely ruin your skillets, it should still be avoided if possible! This means choosing a cabinet that is quite dry. Avoid cabinets under or beside the sink as these are probably the most prone to developing moisture.

2. Dry thoroughly before stashing away

Maybe you’re seeing the theme here…moisture isn’t a friend to cast iron. Be sure to thoroughly dry each piece of cast iron before placing it back into storage.

Rinse the skillets, place on a warm burner or in a warm oven, allow all the moisture to evaporate, apply a thin layer of oil to re-season, remove from heat, and store away for later.

The warm oven or burner trick is a pretty fool-proof way at ensuring all of the moisture is gone!

3. Keep it on the stovetop

The stovetop is my favorite place to store cast iron skillets because it gives them plenty of airflow and ensures that I will use them frequently! There’s something about digging for pans and skillets in the cabinet that just isn’t inspiring, but a skillet in plain sight motivates me to get cooking!

4. Store in the oven

I know many people who love storing pots and pans in the oven. This method is not for me because I would forget they are in there and scorch them while preheating the oven! But, regardless of my preferences, this is another option for storing cast iron.

The oven may still be warm, so this would help remove excess moisture from the pans. Just remember that the pans will be hot if you preheat the oven with them still inside!

Hang those cast iron skillets on the wall or above the oven if space allows. Just be sure that the hooks you use are very strong and secured into the studs of the walls. Cast iron is very heavy!

In order to know how to store and utilize cast iron, one must first implement the initial seasoning! All it takes is oil, a cast iron pan, and an oven.

How to Maintain the Seasoning on Cast Iron

Cast iron should go through one seasoning, but that doesn’t mean that more layers shouldn’t continue to be added throughout the years too. Here we’ll discuss the best methods I’ve learned for maintaining the seasoning on cast iron skillets and pans. These tips will aid in your pans remaining non-stick.